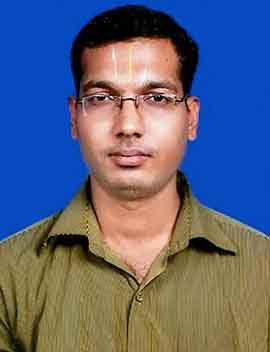 Three entities are accepted in this system of Vishishta Advaita Vedanta, They are Cit (Soul), Acit (Nature) and Ishwara (God-Brahman). Brahman is qualified with its attributes Cit and Acit. All three entities are real. The Brahman is called in many names such as Atman, Paramatman, Shriman Narayana, Shriyapatih etc.. Brahman is sole creator , protector and destroyer of the universe. These things are well described in Shribashya, Vedarthasangrah texts etc.. This system was initiated by the Lord himself. To gain efficiency in this subject the great philosophers like Maharshi Vedavyasa, Bodayana, Nathamuni, Yamunamuni, Bagavad Ramanuja, Shri Vedanta Desika and others authored various texts for establishing this system which are motivating the present generation too.

With good culture for human society all four purusharthas (Dharma, Artha, Kama and Moksha) are well established and neatly presented. The last part of the Vedas are called Vedanta. This is also called as GnanaMimamsa. The preachers of this philosophy insists their followers to gain the most important knowledge of the Artha Pancaka:-

It means real knowledge of the Brahman, jivatma, Pramanas, ultimate result, obstructions, attaining knowledge. The knowledge of the non worldly elements are known through study of Beda, Abeda and Ghataka Vakyas of the Vedas. The basic texts of this philosophy are Siddhitrayam, Stotraratnam, Shribashyam, Tattvamukakalapa, Satadushani etc.. and fundamental texts like yateendramatadipika, vedantakarikavali etc... The students interested to gain knowledge of this system will surely develop in many folds.